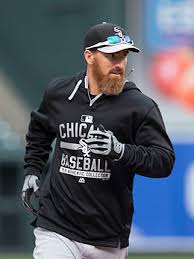 In a short lived, but intense saga, and in one of the most unprecedented moves in MLB history – Adam LaRoche is officially retired from the game.

While this might seem not out of the ordinary for an aging player to step away from the game before his presumably final season anyway, the reason why became headline news, and will have ramifications for years.

If you knew Adam LaRoche, as his teammates do, you would know that his family has always – and will always come first.  While this has led to some extreme circumstances with him over the years, such as his son Drake being around the team constantly, he has always been open about it.  So much so, that a clause allowing his son around the team whenever he pleased was actually agreed upon when he signed his two year – $25 million deal with the White Sox.

Up until now there has, presumably, been no complaint about this over the years.  Even during his time with the Nationals, when his son was also around a majority of the time, there was seemingly no problem.  It was just accepted.

Suddenly last Tuesday, LaRoche decided that he would retire, after he was asked to choose between baseball, and his son.  This to him, was an easy decision, and he immediately left the team.  However this wasn’t the end of it, and in fact, this is where things just got weirder.

Almost instantly after the decision was made, fingers began to point from all directions.  Management said players were complaining, players said management was to blame, and ownership said it was coaching.  It soon became so convoluted that even the players on the team “threatened” to boycott the rest of spring training.  Though this was never truly proved.

The White Sox’s star pitcher, soon revealed the gravity of the situation when he openly came forward accusing the front office of “bold face lies” to everyone on the team, and claiming they ruined the good vibes they had going this spring.

You can look into this forever, and ever, and will still be confused.  So to me, it is best to really look at the big picture here, how a kid was banned from being around the game he loves.

A coach was quoted saying “who has a job they can take their kid to every day?”

While his sentiment is true, essentially no one, this really isn’t a “job.”  It’s baseball.

There is no argument that a kid should be around constantly, as it can become a distraction and detrimental, it can also be bad for Drake himself.  This game is clearly a game he loves, he wouldn’t be around so much if it wasn’t.  Who knows, maybe he is the next Sosa… or LaRoche.  Why is it so bad to let him around?

The issue here is that this sets a precedent.  The precedent that kids are once again banned from the clubhouse, and possibly cut off from watching their dreams, and looking into the stars they hope to be.  Sure, this can be overstepped, which LaRoche might have done.  But to act so coldly might set back others, and be detrimental to kids who look up to these players.

All I know, is that if I knew someone who played in the MLB, I would be around them as much as I could be too.  Still would be.