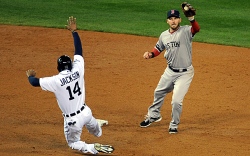 When I was coming up with ideas for what to write about, I always wanted to be that guy who made sure to stay away from the taboo topics such as the dreaded “new rules” debate.  However, seemingly every year, there are new rules that come up, mostly to pace of play (which I will get to), but this year is different.  For this first time in my memory, a rule will be added that will changed the way we play the game.

The “In the neighborhood rule”

If you are any sort of fan of the game, you know exactly what I am talking about, and you know how important it has become.  If you don’t know, it’s the rule that allows either the 2nd baseman, or shortstop to “just get near” the bag to get the running heading to 2nd out when trying to convert a double play. 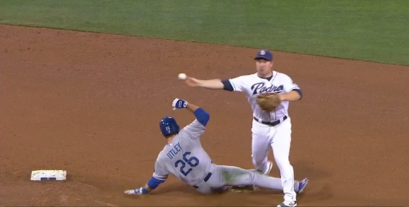 On the outside looking in, and looking at how the play usually goes down, it would make sense for a rule like this to be put in place.  Almost every time, the runner slides ridiculously close to the fielder, trying to break up the double play.  This can be extremely dangerous, and it leaves the fielders ankle and knee vulnerable, and open to a sliding cleat.

Regardless how you feel about this rule change, there really are only two issues.

Whether this “new” rule will aggravate players will have to be seen, though it has  yet to cause any major problem in Spring Training.  As always, the play will be dangerous, and thankfully aggressive sliding will be penalized.  However, how much it actually changes the game can only be speculative for now.